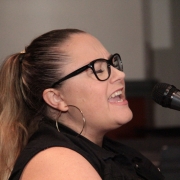 Teacher #1075 - Available
My job as an educator is to share my love of music and knowledge.

"I can't teach anyone anything, I can only make them think" Socrates


I really believe that it is my job to create an environment where students will want to learn music. It is about building a strong teacher/student relationship where students are comfortable to experiment and are willing to learn. My job as an educator is to share my love of music and knowledge. I have been teaching music since I was 14 years old. Since then I have made it my job to learn all I can learn about music so I can share it with my students.

o Provided and organized entertainment for Greek Day 2009 to 2016