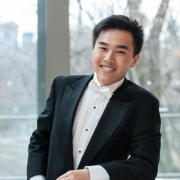 Teacher #1493 - Full Studio
With my performance background, students will be guided to become musicians with great artistry and flare.

Music should be a fun experience. I always provide my students with a strict yet warm environment so they can grow as musicians. Always open to suggestions from the students/teachers and I never have a set teaching plan because my students' needs are my top priority. With my performance background, students will be guided to become musicians with great artistry and flare.

April 2013
Won the President’s Trophy at the Toronto Kiwanis Music Festival, Toronto.
• Won the top prize in the competition in all the categories of instruments in metro Toronto.

June 2011
Participated in a fundraising concert for the BC Children’s Hospital, Vancouver.
• Raised over $10,000

May 2010
Performed the Tchaikovsky Piano Concerto No. 1 with the Vancouver Symphony Orchestra, Vancouver
• The Michael J Fox Theatre
• Selected as the most outstanding young pianist

May 2010
Senior Piano Representative at the Performing Arts BC Competition, Vancouver
• Selected during the Vancouver Kiwanis Music Festival out of all the piano competitors.

June 2008
Performed the Saint Saens Piano Concerto No. 2 with the Vancouver Symphony Orchestra, Vancouver
• Performed at the Michael J Fox Theatre
• Chosen as the most promising young pianist