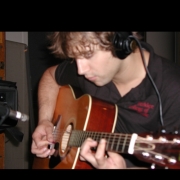 Teacher #1972 - Available
I look forward to meeting you and helping with your musical development!

I take a holistic, mentoring approach, adapting lessons to the student's interests and abilities. We cover technique, repertoire, theory, ear training, with the focus being on musicianship rather than a strictly guitar-centric perspective. We learn to play full songs from start to finish, giving students a better understanding of musical context and a sense of accomplishment when a song is mastered. I'm also a singer, and love to work with singer/songwriters and performers. I look forward to meeting you and helping with your musical development!

I am a Summa Cum Laude (highest honours) graduate of Berklee College of Music, where I received a B. Mus with a specialization in Music Production & Engineering. My principal instrument at Berklee was guitar, where I studied with notable guitarists Mike Williams and Lauren Passarelli. Before attending Berklee, I studied privately with Neil Bateman, an accomplished jazz guitarist and music director at several Ottawa-area high schools. I’ve performed as a guitarist, both alone and as a session player for others, since 1996.
As a vocalist, I studied for 2 years with Sandra Nason, director of the Canadian Showcase Chorus. Upon attending Berklee, I minored in voice, taking all the elective courses I was permitted, including private classes with Joyce Lucia. I’ve performed as a vocalist on recordings and in concert since 1996.

As a full-time musician, I've worn several professional hats. I've worked in live sound, composed for video games, placed music in hundreds of television shows, mixed and mastered albums, and produced recordings for other artists, in addition to my own performing career. This varied experience allows me to communicate to students how guitar fits into the bigger musical picture. I teach students how to work with other musicians, play to serve the song, and develop excellent listening skills. Students benefit from this multifaceted approach whether their goal is to be a musical hobbyist, academic, or professional.