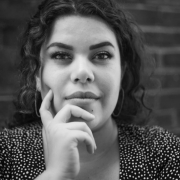 Teacher #2215 - Available
It is my job and privilege to help students find the joy in music !

I truly believe students work best when they feel welcomed, comfortable, and safe. Whether a student is looking to brush up on their skills, or learn something new for the first time it is my job and privilege to help them find the joy in music !

I began my musical journey at a very young age. I began taking piano lessons at the age of four, completing my RCM grade eight level in piano. I attended Rosedale Heights School of the Arts, where I began taking private voice lessons, completing my RCM grade eight level in voice, as well as taking part in voice competitions in Toronto, Canada.
I received her Bachelor of Fine Arts degree (with honours) from York University, and received a full scholarship (The Shelagh and David Wilson Scholarship) to attend the Glenn Gould School of The Royal Conservatory, where I recently graduated from the Artist Diploma Program.
In 2019, I was praised by celebrated Toronto arts critic Paula Citron in a performance as the First Lady in Mozart's The Magic Flute - "Woolner had the most potential of any singer on stage." I won the (York University) Concerto Competition in 2017, where I had the honour of performing with the York University Orchestra. I, "a big sound in the making - Verdi, even Wagner?" - Paula Citron, have taken part in the Saarburger Serenaden International Music Festival in Germany. I made my role Debut as the First Lady in Mozart's, The Magic Flute with the Glenn Gould School Opera.
Due to Covid-19, I was unable to make her role Debut as the titular role in Suor Angelica with the Glenn Gould School Opera. I took part in the 16th Edition of the Montreal Vocal Arts Festival.